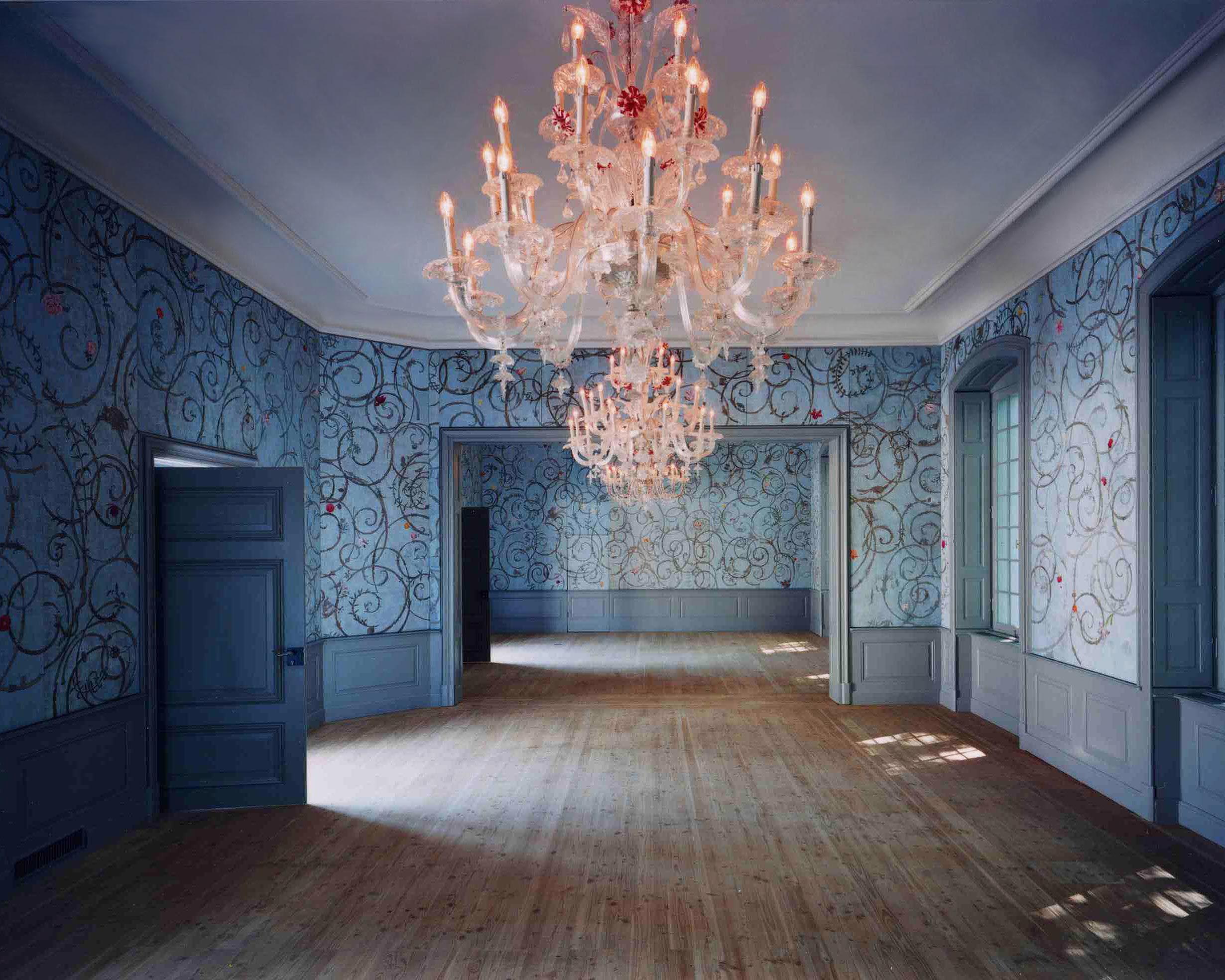 Meandering tendrils evoke the graceful curves and twists of the Rococo style, an apt choice for a room in this “maison de plaisance” completed in 1770. Evocative of the playfulness of 18th-century Chinoiserie, the foliage becomes the stage for a series of mischievous tableaus.

But instead of curiously-dressed Chinamen and exotic dragons, close inspection reveals a whimsical menagerie including monkeys, birds and even caterpillars engaged in mysterious, enigmatic acts.  Though inspired by the exotic taste of a past century, the detail reveals a slightly menacing edge and a modern sensibility.