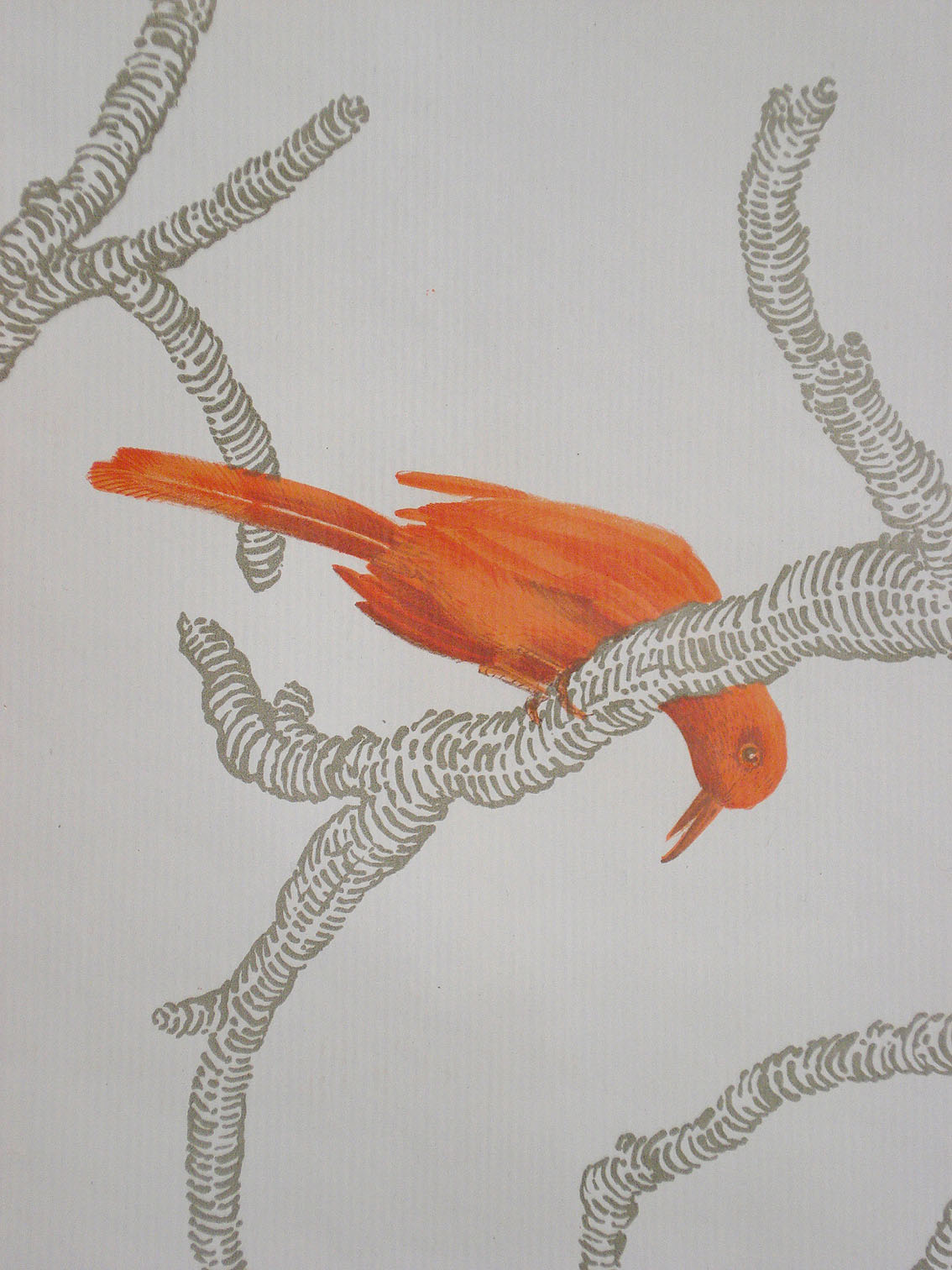 This complex print was inspired by the bird studies by Jacques Barraband in the early 19th-century, where each exotic creature’s vivid plumage is carefully described by the watercolorist brush as it perches on a gray bit of branch. Here, fitting a city where the screeches of parrots and seagulls fill the air, there is not one solitary specimen, but the entire vivid-orange flock perched in those soft gray trees that must be the root of all those Barraband pencil branches.

The design continues to the penthouse of this Art Deco 1937 Hotel a theme which is announced on first entering its lobby. There in a surviving mural, wading pink flamingos greet visitors. They announce your arrival into a tropical respite, something perhaps not real, but imagined, coaxed along by all those Barraband parrots and toucans and picture postcards of sandy beaches and blue seas.